Editor’s Note: Below is more information about Tax Discharge Determinator

Demystifying the Discharge of Tax Debts (or, Tax Discharge for Dummies)

There have been a number of wonderful webinars and seminars on the topic of discharging income taxes, complete with legal citations and references by some of the experts in the field.

We have found, however, that sometimes attorneys would like to have a complex issue such as this broken down into a few, easy-to-digest pieces. In an effort to do so, we have asked tax and bankruptcy attorney Larry Heinkel, Esq., of Florida (the creator of www.TaxDischarageDeterminator.com), to give us, in laymen’s terms, just what the practitioner needs to know to help him or her avoid malpractice and even make money in the art of discharging taxes in bankruptcy.

First, you must obtain copies of “account transcripts” (not “return transcripts”) from the Internal Revenue Service (“IRS”) for each year to be analyzed. To do this, you will need either a signed Power of Attorney (form 2848) or form 8821. There are several ways to obtain the ATs, but probably the fastest and easiest is by calling the Practitioner’s Priority Hotline (866-860-4259) and faxing the 2848 or 8821 to IRS.

Second, make sure you understand that only “unsecured” tax debts can be discharged. In order for a tax lien to be considered “secured”, there must be a federal tax lien properly filed and there must be equity to which the lien attaches. So, do not fret just because you see a tax lien for, say, $100k if the equity in the debtor’s property is only $15k. (Bifurcate the debt into $15k secured and $85k unsecured, and then allocate the unsecured portion among the three possible categories (priority, non-priority, non­dischargeable) as explained below.

One more thing: tax debts are not considered consumer debts for purposes of the means test.

Let’s start with what “tests” must be met in order for an unsecured income tax debt to be discharged (in both Chapter 7 and 13). As of the petition date, you must determine that:

That’s it! Meet those tests and the tax is dischargeable.

Now, to add a little intrigue, understand that in some manner, those tests are set up to make it fair to the IRS. To give them a decent shot at trying to collect before losing out to bankruptcy. You can’t just file a tax return one day and BK it the next. Not fair to IRS. How long is “fair”? Apparently two years.

So one day, an enterprising person with a tax debt decided to “hide out” in a Chapter 13 for a while so IRS couldn’t touch him. Then, after the requisite time had passed, he got out of Chapter 13 and filed Chapter 7. Cute, huh? Yes, but not “fair” to IRS, or so said the United States Supreme Court in the Young decision, which held that the 3-year period was “tolled” while in the protection of Chapter 13.

Without boring you with all the details, suffice it to say that BAPCPA statutorily incorporated some tolling provisions applicable to the 3-year and 240-day rules (but, interestingly, not to the 2-year rule). The tolling events are (i) a prior bankruptcy, (ii) a timely-filed request for a CDP Hearing, and (iii) in the case of the 240-day test, an Offer in Compromise. In all instances where statutory tolling applies, the applicable time test is tolled for the entire time of the tolling event, plus 90 days (except for the OIC tolling event, in which case you add only 30 days).

While many commentators do not believe tolling should apply to the 2-year rule (various theories, such as “Congress has spoken and if Congress meant for it to apply to the 2-yr rule, Congress is smart enough to have done that” (of course, some people question that assumption)), IRS has taken the position that the Young decision can still equitably toll the 2-year test and is beginning to assert that position. So, unless you want your client to be the “test case” on this issue, you might want to at least look at when a tax debt becomes dischargeable both with and without tolling of the 2-year rule, and maybe err on the side of caution.

That’s it in a nutshell. Sure, there are some other issues out there beyond the scope of this primer (SFRs and late-filed returns to name a couple), but this should move you far along the spectrum to knowing when and why a tax debt is dischargeable. So order your Account Transcripts, get a pad and pencil, a calculator and a calendar for the last few years, and crunch the numbers. It won’t take too long, and there’s a pretty good chance you’ll get all these things right, won’t forget or misapply anything, and won’t miscount the number of days (“is it plus 90 or plus 30”? “Was 2012 a Leap Year?” etc.).

Or, you can do what hundreds of other attorneys do and get the Magic Date (the “answer”) on the only web-based software program designed to tell the practitioner the earliest date all these tests are satisfied, including applying tolling where required and offering the user the option of applying tolling to the 2-year test. That is, they use the Tax Discharge Determinator (TDD), found at www.TaxDischargeDeterminator.com. It is fast, accurate, easy-to-use, and inexpensive. It takes a few minutes, not hours, to use; avoids malpractice; and allows you to make money from giving the advice few others are equipped to give (courts and trustees have not blanched at fees of hundreds and thousands of dollars for these determinations, yet you pay a fraction of that to get the answer). And, when you register to use it, you get to try it a couple of times for free.

What have you got to lose? For more about TDD, or if you have any questions about this material, please contact info@TaxDischargeDeterminator.com. 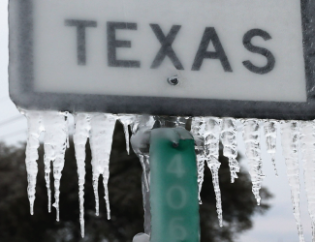 vamtam-theme-circle-post
We felt the full brunt of the recent winter storm here in Texas. We rarely see...
Read More 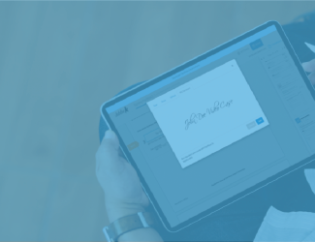 vamtam-theme-circle-post
Before you can use this feature in BankruptcyPRO, you will need to have a Jubilee...
Read More 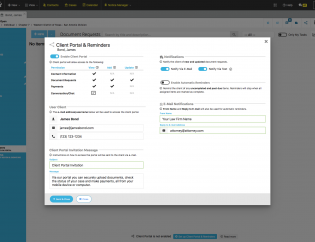 vamtam-theme-circle-post
The Jubilee document portal allows you to receive sensitive documents from your client directly rather...
Read More 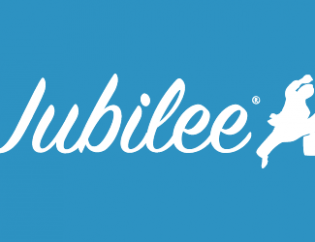 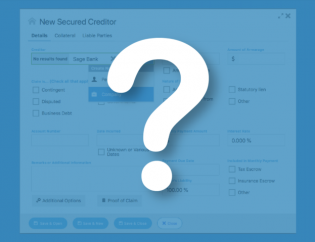 vamtam-theme-circle-post
After feedback from several clients we have improved the data entry process in several areas...
Read More

vamtam-theme-circle-post
The following features and issues were added/addressed in Jubilee.   1. User requests Removed requirement...
Read More
A client informed us of a recent memo from the U.S District Court in Northern...
Read More
Last September, we sold our first dozen Jubilee licenses, and by the end of 2016, clients filed...
Read More

BK PacketEvergreen Financial Counseling